Communication for technological and digital innovation

OUR RESULTS SPEAK FOR THEMSELVES: WE GUARANTEE OUR CLIENTS FIRST-RATE AND COST-EFFECTIVE SERVICES


Some of our successful events, press conferences and collaborations with influencers.

Our clients, the protagonists of the market. 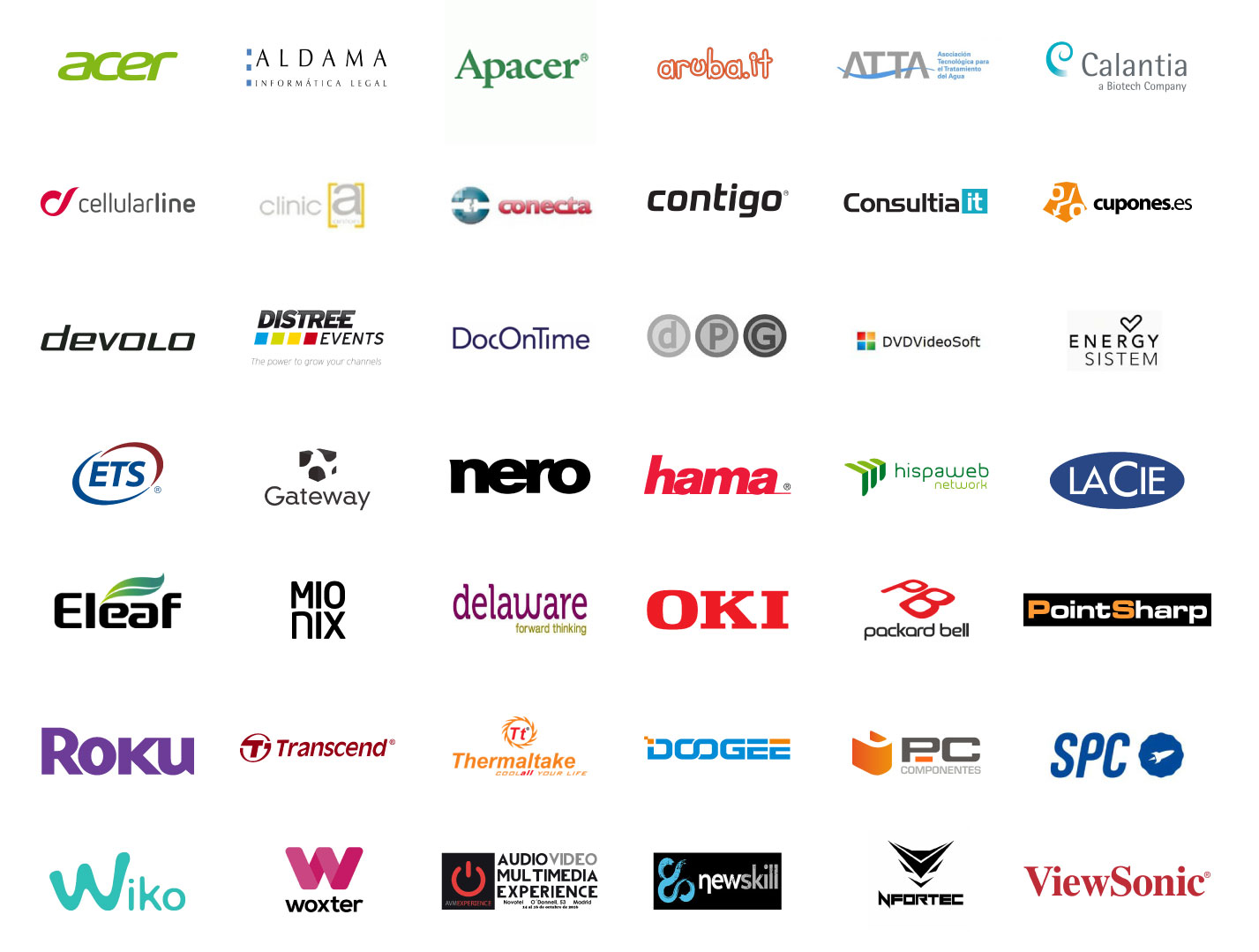 OUR CLIENTS RECOMMEND US

Because we guarantee objective-based results for our clients.

“I am really satisfied with the work done by 121PR. Without a doubt, I will recommend 121PR as a PR partner anytime.”

“Without a doubt, 121PR is a benchmark agency due to their dedication and their offer of good value for money services. Nero could have never expected something like that. I will not hesitate to recommend 121PR when I have the chance.”

“I want to congratulate the 121PR team for the great results. Thank you for perseverance and work well done.”

“Congratulations for your outstanding work and thank you so much for your unconditional help and support.”

“Thank you and congratulations for the monthly clipping rate. I am glad to see that we had mentions not only in specialized press, but also in mainstream media.”

“Thank you for the organization of the event and your convening power. There is no doubt that the event was a success and that media repercussion remains high. We are very happy with the outcome, you are great and working with you has not only been a success, but a pleasure.”

We establish and cultivate trust-based relationships and turn them into profitable results for our clients.

We generate quality content in line with the interests of your target audience. Our creativity guarantees that your messages are catchy and memorable.

We provide strategies tailored to each client based on our knowledge and experience. More than responding to your needs, we exceed your expectations.

Adaptation and quick response to requests from clients and the media. Great attention to details.

We are a team of public relations professionals committed to providing top level services.
Our difference lies in knowing how to recruit, train and retain the best talent.
Continuous guidance and professional motivation are the pillars of our young and highly trained team.
We create and cultivate relationships. Then, we transform them into positive results for our clients. 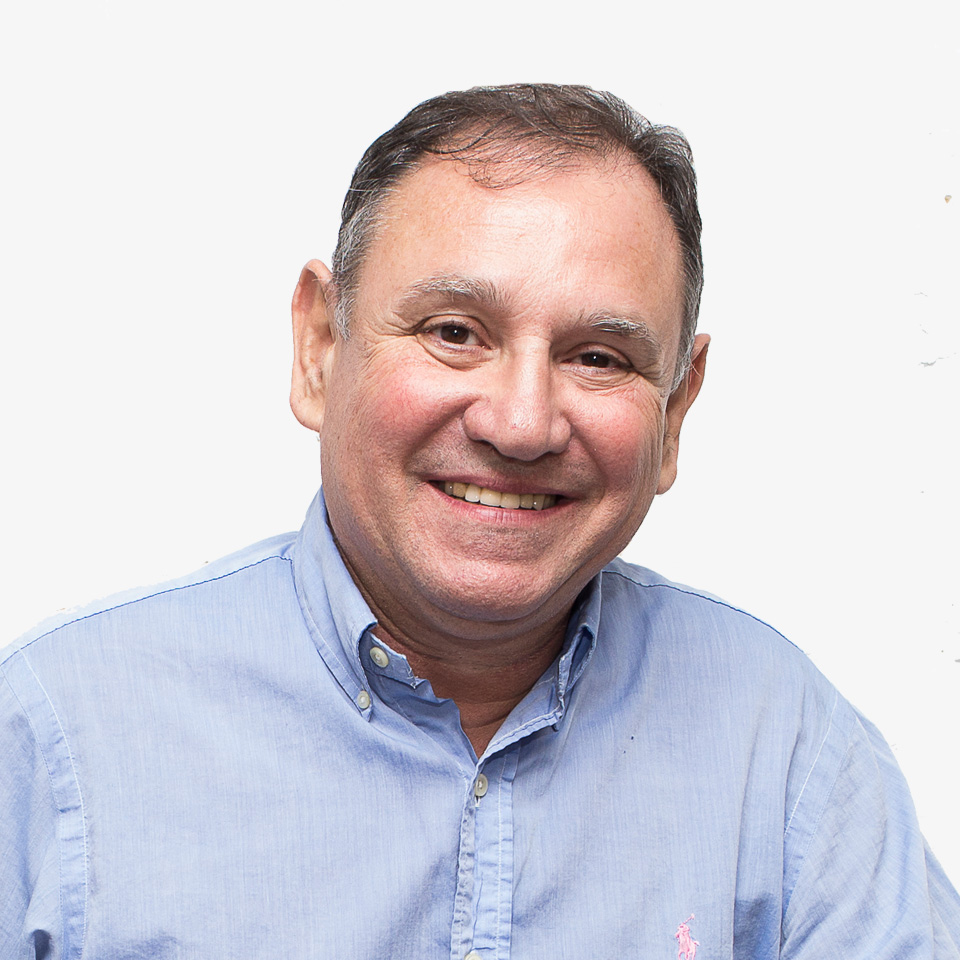 Francisco is Director and Founder of 121PR. With more than 20 years of experience in public relations, he has specialized in team building: recruiting, training, motivating and leading talent. He has a degree in Classical Philology and a master’s degree in Public Affairs from Purdue University (Indiana, USA). Given his passion for PR management and consulting, Francisco maintains direct and regular contact with all clients, journalists and opinion leaders.

Driven by a sustainable business approach, Francisco has managed media relations for clients such as Acer, Cognos, Energy system, OKI and many others, with which he continues to build and strengthen win-win relationships based on mutual and long-term loyalty. 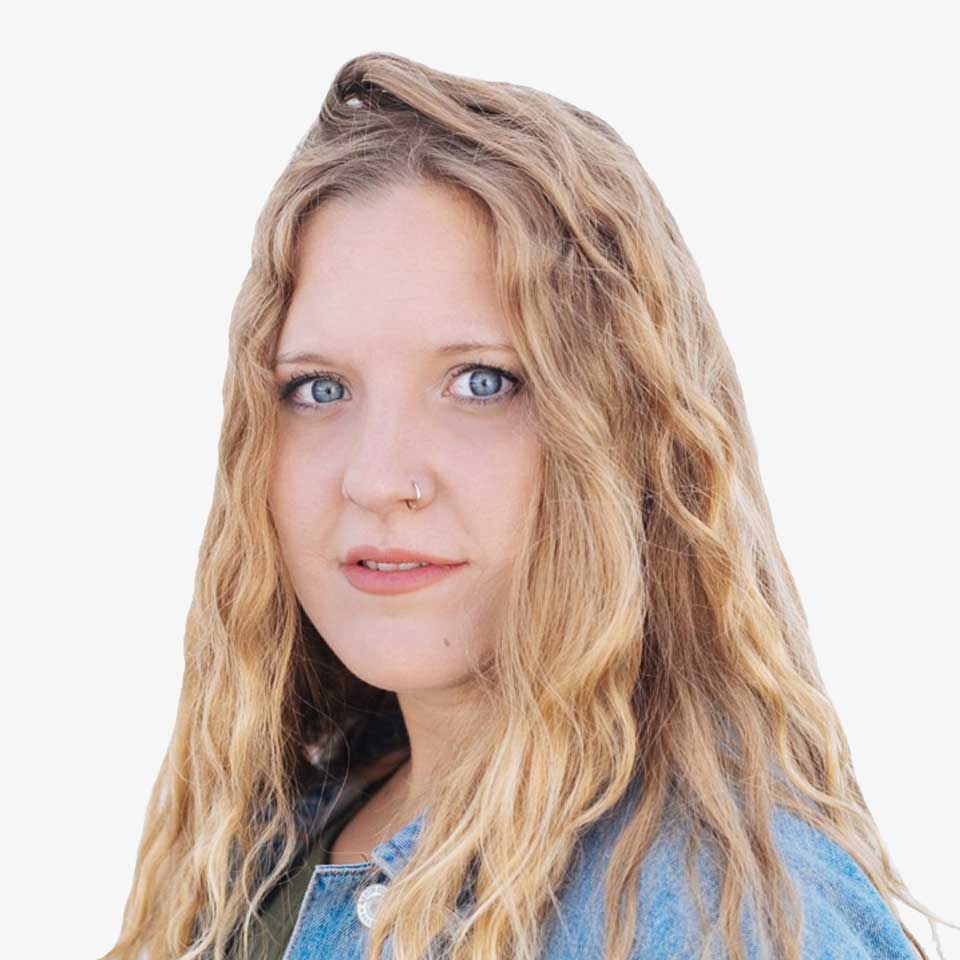 Susana is a creative, methodical, observant and multi-tasking professional with a degree in Advertising and Public Relations from the Universidad Rey Juan Carlos.

After several months of experience at Brainprise Consulting, in 2015 she began to develop as a professional at 121PR. After almost 3 years of experience at our agency, she is currently Executive of the accounts of Cellularline, Wiko, devolo and Nero.

Marta is a proactive and analytical professional with great organizational capacities. Since her incorporation as Account Executive at 121 PR in November 2016, she has managed the following accoybts: Acer, Energy Sistem, Hama, Nfortec, PcComponents, SPC and Thermaltake.

Passionate about new communication possibilities, she has more than 3 years of experience as a journalist in the media sector, including magazines like S MODA (PRISA Magazines), Bface Magazine or Blizzard Entertainment (Wowsfera); as well as in press agencies like GBA Información Económica y Financiera.

Marta has a degree in Audiovisual Communication from Universidad Rey Juan Carlos and has a master’s degree in Communication and Fashion from the Instituto Europeo di Design. 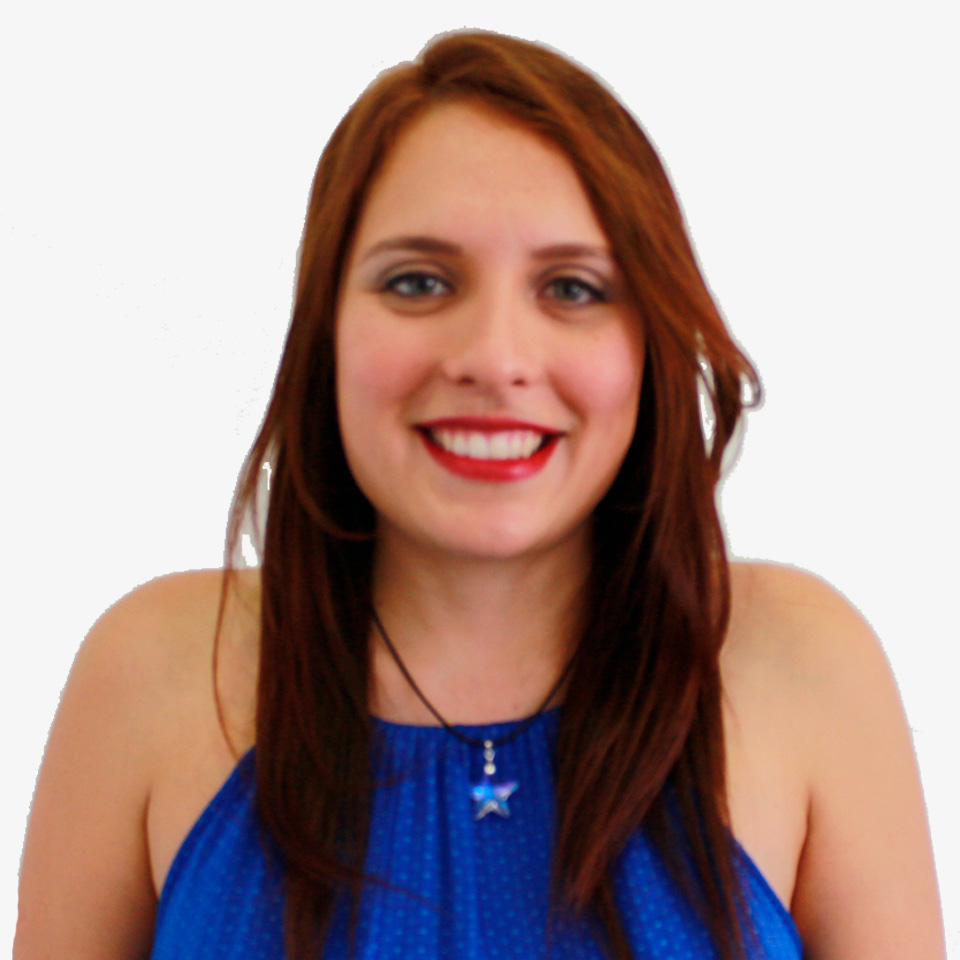 María is a professional with an administrative profile that is complemented by her proactiveness, consistency, observance and organizational capacities to achieve goals. Since joining 121PR as Assistant to the Managing Director, she has been responsible for planning, organizing and managing the administrative tasks of 121PR.

In addition to her degree in Business Administration, María has an MBA from the Universidad Politécnica de Madrid and a master’s degree in Marketing and Sales from the EAE Business School. Previously, she worked in the Public Sector, specifically, in Management and Finance of Science and Technology Projects. 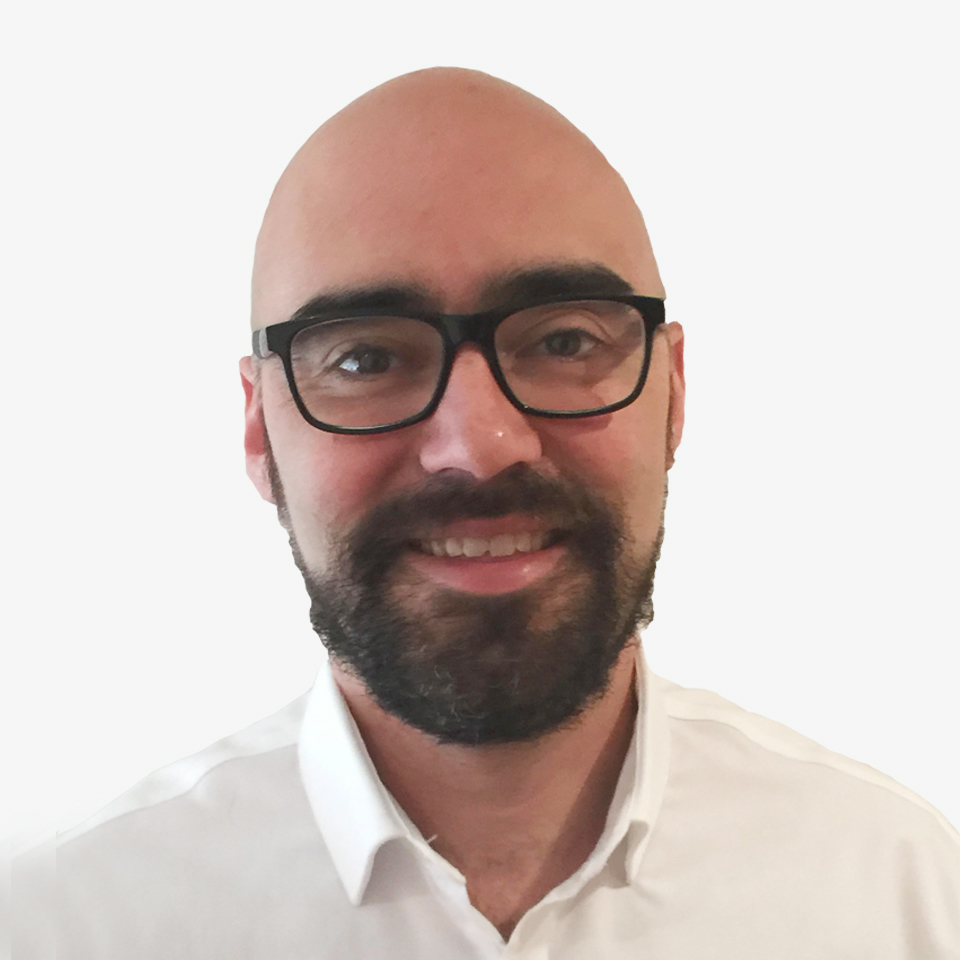 Xavi is a professional with a technical profile that has more than 13 years of experience in the field of public relations and communications. As Business Developer at 121PR, he leads the Marketing Department and the expansion of the agency. At 121PR, he has managed the accounts of Contigo and Energy system, among others. 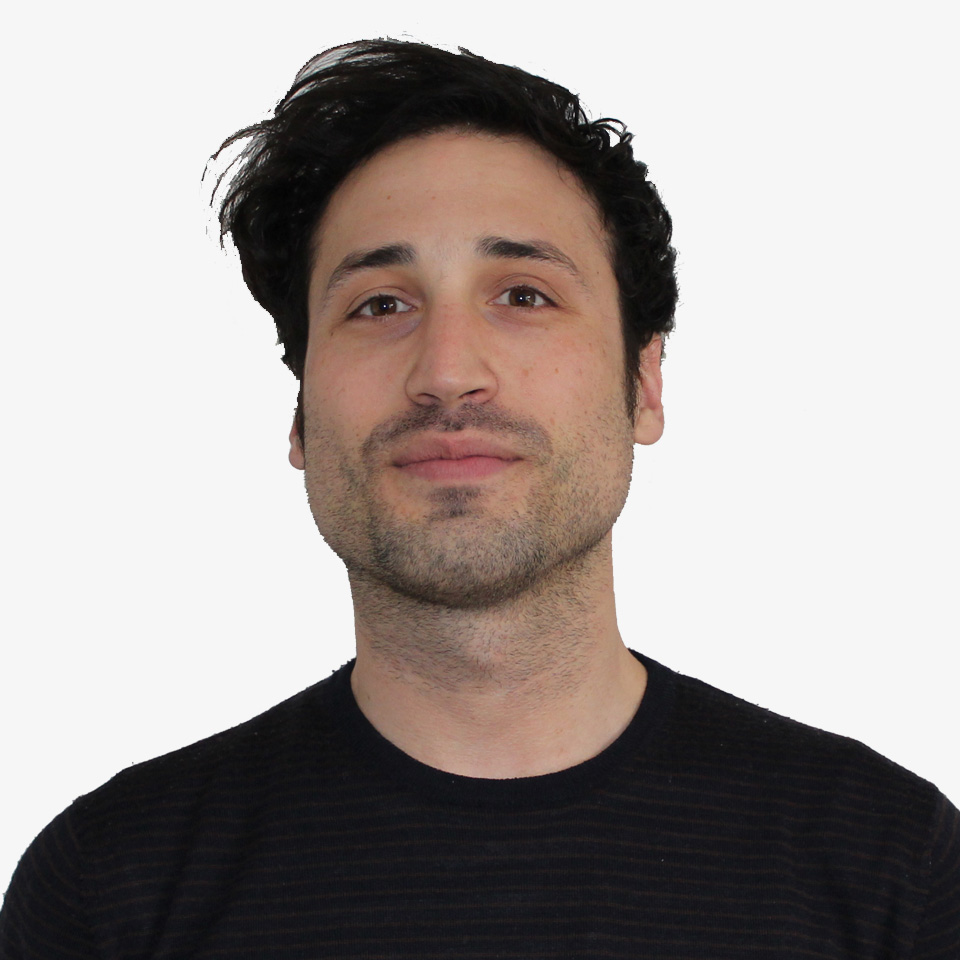 Raúl is Public Relations professional with broad experience in developing strategies for brand activation and content marketing. Since his incorporation as Senior Account Executive at 121PR in 2014, he has provided support in managing the accounts of Acer, Energy Sistem, PcComponentes, SPC and Hama.

His career began in 2011 as a Freelance Journalist at Axel Springer (Nintendo Magazine), Panini (Game Master) and Norma Editorial (¡Dibus!). Currently, Raúl combines his work at 121PR with event management for his production company, MENTA, for brands such as Jägermeister, Electronic Arts or Weedmaps.

With a degree in Audiovisual Communciation from the Universidad de Salamanca, and post-graduate studies at the Miami Ad School and IBAT College Dublin, Raúl’s passion is communication aimed at establishing and cultivating strategic relationships between brands and the media. 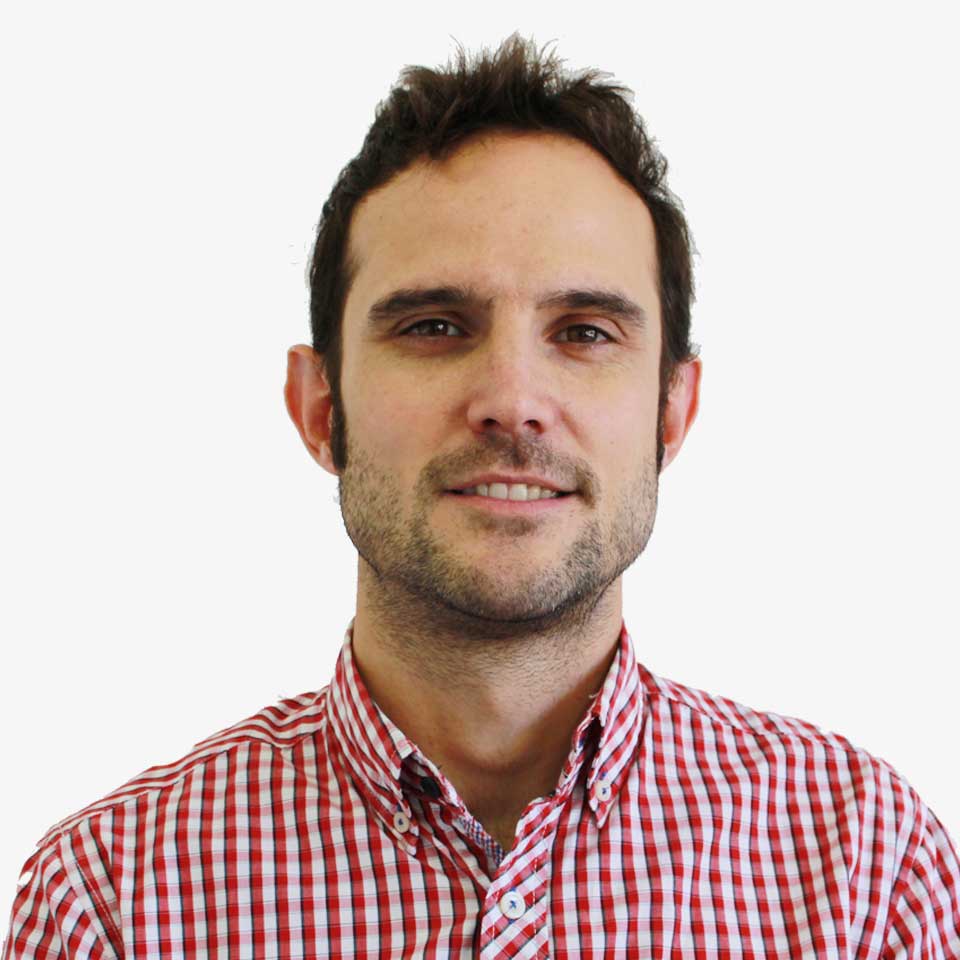 Juan is a multi-tasking professional and a tireless fighter that is committed and passionate about his work. Vocational journalist, he has been part of 121PR for more than 12 years, producing important results for clients such as Cellularline, devolo, Nero or Wiki, as well as other projects.

Prior to joining 121PR, Juan worked for different media of the IT sector like On Off or Tuexperto Group, as well as in sports media such as Penalty or Crack 10. In addition, he has experience as marketing technician for major events. 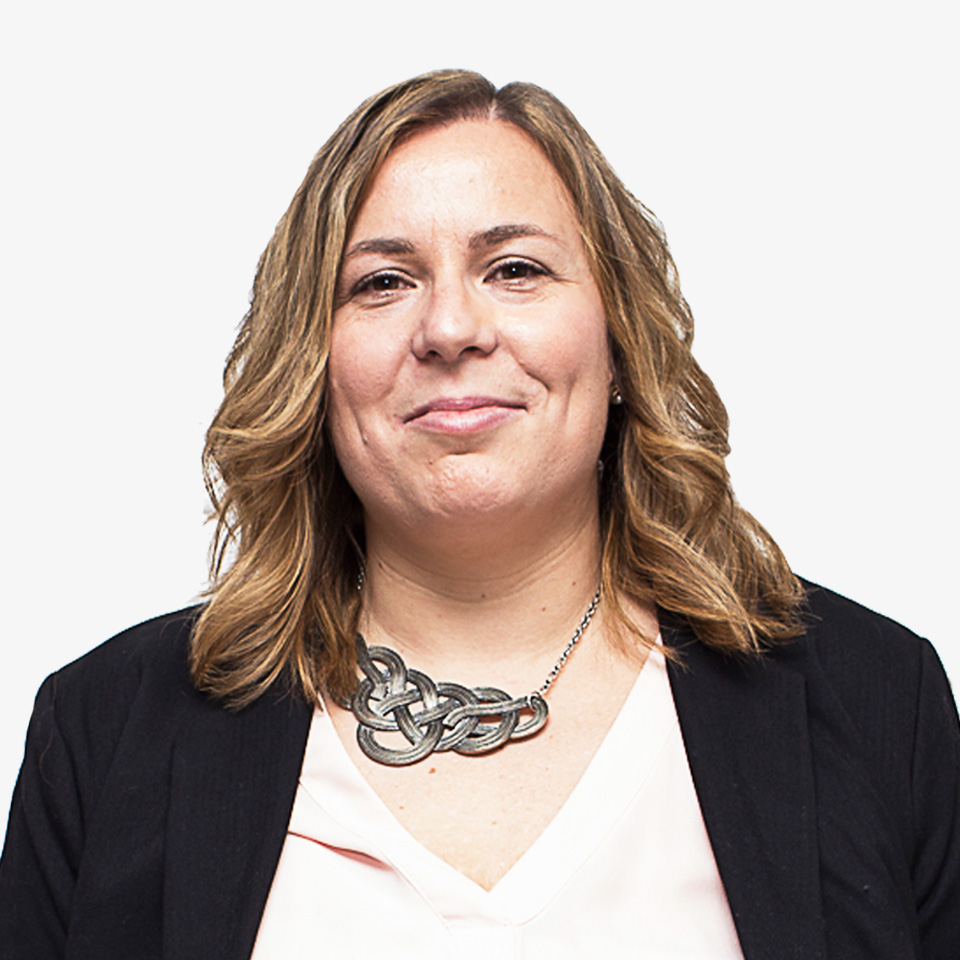 Rocío is a multidisciplinary, demanding and observant professional. Her experience is vital to our team. She started at 121PR as an intern in 2006 and is now Account Director at 121PR. Since then, Rocío has managed the following accounts: Acer, ATTA (Technological Association for Water Treatment), Contigo, Legal DPG, Energy Sistem, Haman, Nfortec, PcComponentes and SPC, among many others.

Francisco is a Junior Account Executive at 121PR. He joined our agency in October 2017 to support our team in managing the accounts of dPG Legal, devolo, Wiko, Cellularline and Nero.

Passionate about research methods in communication studies, Francisco is known for his creative, organized and multidisciplinary character. He has a great background in the communications and marketing sector given his 2-year experience as strategic marketing and branding consultant at companies such as as L’Orèal or Bomflorian, a B2C company focused on luxury items. Francisco also has broad knowledge of the legal sector given his undergraduate studies, as well as his internships at Audiencia Provincial, Juzgados de Instrucción de Madrid and la Fiscalía General del Estado.

During his school years, he studied at the British Council School. Besides his degree in Law from the Universidad Carlos Cisneros, Francisco has a master’s degree in Corporate Communication from IE Business School (Instituto de Empresa), where he was awarded the Weber Shandwick Prize, destined for the best master’s final project. In addition, he has extensive musical knowledge given his collaboration as composer and guitarist in projects carried out by students of the Escuela TAI de Cinematografía.

At 121PR, we offer clients complete public relations advice developed by a multidisciplinary and creative team, willing to support clients until they achieve their goals.

Want to join the digital tide? Contact us and we will show you how to surf through the digital era.

This site uses Akismet to reduce spam. Learn how your comment data is processed.